"The String of Virtues" 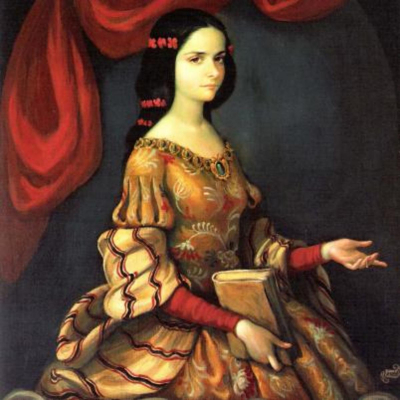 The Novohispanic poet and philosopher Sor Juana Inés de la Cruz (1648-1695) developed a moral psychology in her writings, including her views about the nature and the role of emotions such as shame, jealousy, hope and love in eliciting moral (or immoral) behaviors. This is a fertile area of inquiry that has not been covered by contemporary scholars of Sor Juana, who have tended to focus either on discussing in detail her epistemological insights (in particular, her view regarding the situated character of all human knowledge) or her metaphysical views (in particular, her conception of free will).

Professor Gallegos Ordorica contends that Sor Juana is a much more complex and profound thinker than has been previously acknowledged. Her poems and her plays also present a very elaborate description of the nature of certain human emotions, as well as a detailed reflection on the positive and negative roles that these emotions play in shaping our characters and influencing the relationships that we build and entertain with other people. During his fellowship Gallegos Ordorica intends to produce a book manuscript, tentatively titled "The String of Virtues," in which he aims to show that the moral psychology Sor Juana presents in her writings provides the basis for a kind of virtue ethics that is centered around virtues such as courage, attentiveness and compassion.

He will also continue his work with Andrew Janiak and the Project Vox team on presenting the work of Sor Juana for use by teachers and scholars around the world.

Image of Sor Juana from the public domain.